28 Mar 2019 | Email | Print |  PDF
By: Ndubisi Onwuanyi
There's been a spate of building collapses in Lagos, Nigeria. In some cases, people have died. In one instance a building had been marked for demolition at least three times. There are also concerns about hundreds of other buildings in the city. The Conversation Africa's Moina Spooner spoke to Ndubisi Onwuanyi about this.

How common is this in Lagos? What causes these collapses?

Building collapses in Lagos have become common in recent years. Numbers are hard to come by but a Lagos state of inquiry found that there were at least 135 cases between 2007 and 2013. In my research I found that at least 50 of those happened during the construction phase.

Buildings collapse for various reasons; they can’t all be attributed to the same cause.

Most of the buildings that collapse are multi-storey, which suggests problems of soil structure – some buildings may have been built close to a swamp and so the soil is wet – and weak foundations.

Other reasons include the quality of building supervision by builders and officials, design of foundation and structure and poor materials. Developers will sometimes cut corners on the materials they use, refuse to follow due processes and use inadequately skilled and qualified personnel.

While these are all factors, I think the most critical issue is a lack of enforcement by officials. Effective enforcement would detect poor material and faulty designs.

Who is responsible for regulating construction and are they doing a decent job?

While failures are preventable, they cannot be entirely eliminated. But the persistence and frequency of collapses in Lagos means that not enough is being done.

In the recent building collapse, where the school was involved, officials say the building was one of many that had been marked as unsafe years before. But no action had been taken.

Among the causes of this delayed action were lawsuits by the building’s owners to prevent its demolition. But this shouldn’t distract from the fact that officials failed to carry out their duty. They are responsible for the identification and removal of distressed buildings to prevent collapse. Officials also failed to enforce building control regulations during the construction phase.

What else can be done?

Lagos has all the appropriate laws. But it needs to adopt the right procedures and see them through.

There’s also a serious governance issue that must be addressed. Building control should be a local government responsibility – but in Nigeria it falls under the state government.

Nigeria currently runs a three-tier federal system made up of federal, state and local governments. As a result of constitutional reforms made between the 1970s and 1990s some of these tiers’ responsibilities were arbitrarily altered. The building control function was transferred from local to state governments.

But state officials are handicapped in enforcing building regulations. They’re located far away, in Ikeja which lies to the north of the state. This means they’re not familiar with residents and local officials or the situation on the ground. And even though there is a representative in each of the various local government councils, they don’t have enough personnel to effectively cover the whole state.

For example in 2015 I found that the agency had fewer than 300 staff to cater to a population of 21 million. In 2017, 200 more were employed, but this is still not enough. Proper monitoring and enforcement becomes an impossible task, particularly when there’s rapid urbanisation.

Building control must be returned to the local governments and they must ensure that they have enough qualified, quality personnel.

In addition to this, regulators must strictly monitor changes in the use of buildings. It’s common to find buildings in Lagos being used for other purposes than that which they were built. This may increase stress on the foundation of buildings. In this recent collapse, the building was not designed as a school.

Lastly, officials must conduct themselves in an ethical and professional way and ensure there’s no political interference in building regulation. Corruption is a major reason for the agency’s ineffectiveness, because officials may be reluctant to arrest or persecute violators or people responsible for collapses. 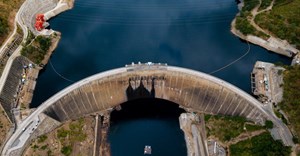 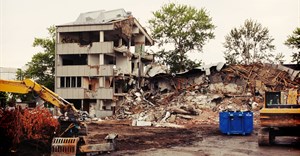 Hoërskool Driehoek tragedy: Who should take the blame and compensate victims?27 Mar 2019 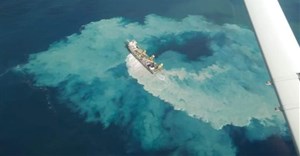 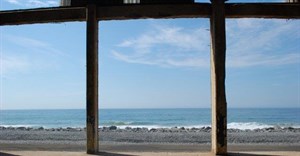